A new monthly notice to discover natural compounds which could either be used as active ingredients in cosmetics to improve skin health or as preservatives, stabilizers and vehicles for other performance ingredients. 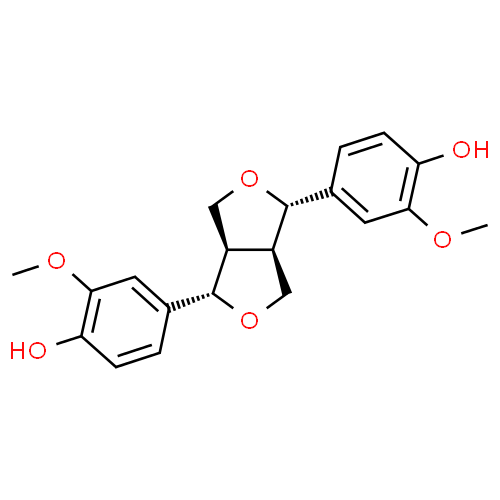 A new monthly notice to discover natural compounds which could either be used as active ingredients in cosmetics to improve skin health or as preservatives, stabilizers and vehicles for other performance ingredients.

Lignans, which name derives from the Latin word for “wood”, are a wide group of low molecular weight polyphenols commonly found in plants, seeds, grains and vegetables. These polyphenols are precursors to phytoestrogens and in nature they likely play a role as antifeedants in the defense of seeds and plants against herbivores, parasites and fungi.

Over the years, lignans have been drawing a lot of attention due to their abundance in nature and their numerous biological activities, such as antibacterial, antifungal, antiviral, antioxidant and cytotoxic properties. As such, lignans have shown a kind of bioactivity that makes them suitable to be counted among those natural compounds which could function as performance or functional ingredients in cosmetic formulation.

Among lignans, pinoresinol is a tetrahydrofuran lignan which can be found in several floral species, such as Styrax sp., Forsythia suspensa and Sambucus williamsii, but also in sesame seeds (Sesamum indicum) and cabbages (Brassicaceae). Notably, pinoresinol is also one of the most representative compounds in extra vergin olive oil (EVOO).

Pinoresinol has shown antimicrobial and antifungal activities against several pathogenic fungi, noticeably Fusarium verticillioides, Fusarium graminearum and Candida albicans, against which causes potent damage to the fungal plasma membrane. Such properties are being investigated for their helpful nature in specific topical treatments or, more generally, as preservatives and stabilizers in preparations.

Pinoresinol isolated from EVOO oil or sesame seed have reported promising in vitro antioxidant capacity and anti-inflammatory activities, showing an effective inhibitory effect on TNF- α production, IL-6 secretion and PGE2, involved in the inflammation process. Such features make it an interesting element in slowing down skin ageing, in formulations that prevent photo-damage or are addressed to mature skins.